The Bennetts British Superbike Championship returns to Lincolnshire this August Bank Holiday weekend as fans prepare to descend on Cadwell Park for one of the annual season highlights.

This weekend’s event will play a crucial part in the battle to become 2022 Bennetts BSB champion, with just six races (three at Cadwell Park and three at Snetterton) now remaining before the final top eight line up is confirmed ahead of the title-deciding Showdown.

Last time out at Thruxton, fans were treated to a spectacular dogfight between Jason O’Halloran, Tarran Mackenzie and Bradley Ray, who fought to the finish in the closest races of the season so far.

McAMS Yamaha’s O’Halloran leads the standings into Cadwell Park this weekend ahead of Ray, with the pair the first two riders to confirm their place as Title Fighters in the Showdown, but six places are still to be decided.

Local contender Lee Jackson currently holds third place in the standings and is bidding for a place in the Showdown for the first time.

The Lincoln rider has had his strongest campaign to date so far with Cheshire Mouldings FS-3 Racing Kawasaki and has high hopes for his home round, where a strong showing could confirm his place in the Showdown.

The second of the Cheshire Mouldings FS-3 Racing Kawasaki riders, the young Scot is also striving for a place in the Showdown for the first time.

A consistent weekend at Thruxton has elevated Glenn Irwin into fifth in the standings and the Silverstone triple race-winner will be looking to further strengthen his positon at the Honda Racing UK team’s home round.

Kyle Ryde is now just three points ahead of Mackenzie for sixth in the standings as the defending champion continues to catapult himself back up the order.

The McAMS Yamaha rider has been playing catch up since his recovery from pre-season injuries, but Mackenzie’s recent performances have put him firmly back in contention as he bids for consecutive titles.

Tommy Bridewell has had a strong run of form at Cadwell Park in the past and the Oxford Products Racing Ducati rider holds the final position in the top eight of the standings ahead of the three races this weekend.

It’s home hero Peter Hickman though who is leading the hunt to displace them and fire themselves into the top eight of the standings.

Hickman has fond memories of the circuit from last season; it was the scene of FHO Racing BMW’s first victory in the series and the Louth-based team will be determined to deliver a repeat performance as they bid for a place in the Showdown.

Leon Haslam remains the most successful rider of the current grid in terms of race wins at Cadwell Park; the VisionTrack Kawasaki rider has recorded nine wins at the challenging Lincolnshire circuit and adding to those would edge him closer to the top eight.

Danny Buchan and Christian Iddon are just outside of the top ten as they strive to close in on the Showdown positions.

Meanwhile one of the most popular riders with the Cadwell Park crowds is MCE Ducati’s Josh Brookes; the double champion is famed for his style at The Mountain but needs to be in the podium fight this weekend if he is to remain in Showdown contention.

Brookes has featured in every Showdown he has competed in, so will remain determined to turn his Showdown aspirations around this weekend. 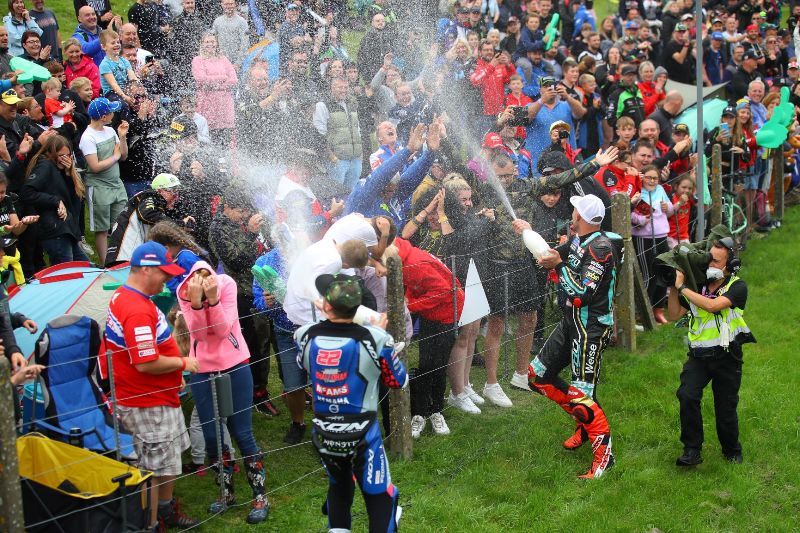 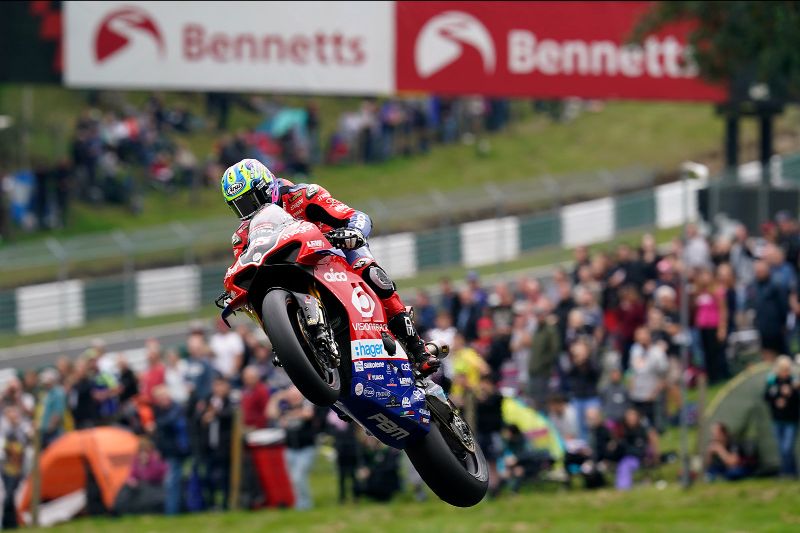 “I really enjoy riding at Cadwell Park, it’s unlike any other track in the UK and probably one of my favourite circuits on the calendar.

“Last year we had two seconds and a win, which was one of my most enjoyable wins of the year as it came at what I’d consider my home track.

“I might be an Aussie but Lincolnshire has been my home for a long time now! We’ve had a good run these last few races, we haven’t been off the podium in the last 12 races.

“The plan has to be to continue that with the focus on podium points to put us in the strongest position possible to fight for the title over the last three rounds which are approaching very fast!’

“My main aim to start with is to have a consistent weekend and get the bike to where it needs to be so that we are in a good place going into qualifying.

“In the races I need to get myself up the sharp end, ideally the main aim is a podium at my home round – that would be fantastic. Hopefully that will mean that I have my place confirmed in the Showdown.

“If I can get into the Showdown this weekend then that would take a little bit of the pressure off going into Snetterton. We need to get back onto the podium now and try and get some of those podium points to push myself and the team back up in the championship.

“I am looking forward to this weekend. It has been a good track for me in the past, but I also know that it is a tough track and there are quite a few riders who have gone well there too. My hopes are high but also realistic. There is always pressure but I am going to try to turn that into something I can thrive off to give me that little bit extra I need on raceday.

“I think there will be about eight of us who can be up there fighting for the win or podiums, it won’t be easy but it is all about getting a good start, being in the lead group and then just going from there. Ideally, you want to get to the front and break away but this is BSB and it is never that easy!”