The latest report from Canalys focuses on the North American smartphone market. Specifically, the estimated shipments for Q1 of 2022 are in and there are some trends noticed. To start, the overall smartphone market grew by 4% to 39 million units shipped compared to the 37.6 million shipped in the same quarter last year. It is noted this is despite “inflationary pressure”. 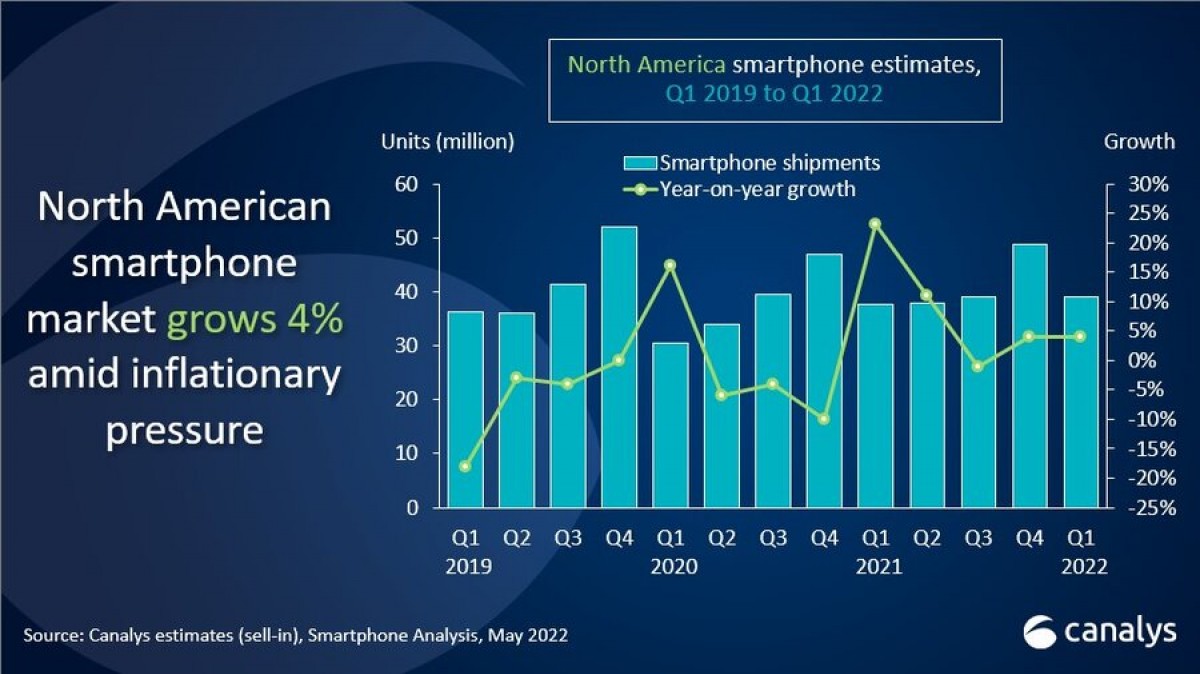 explains “Google is on the offensive to take market share, building on its wide carrier presence and unprecedented investment in the Pixel brand, both on traditional advertising campaigns and a new NBA partnership.” 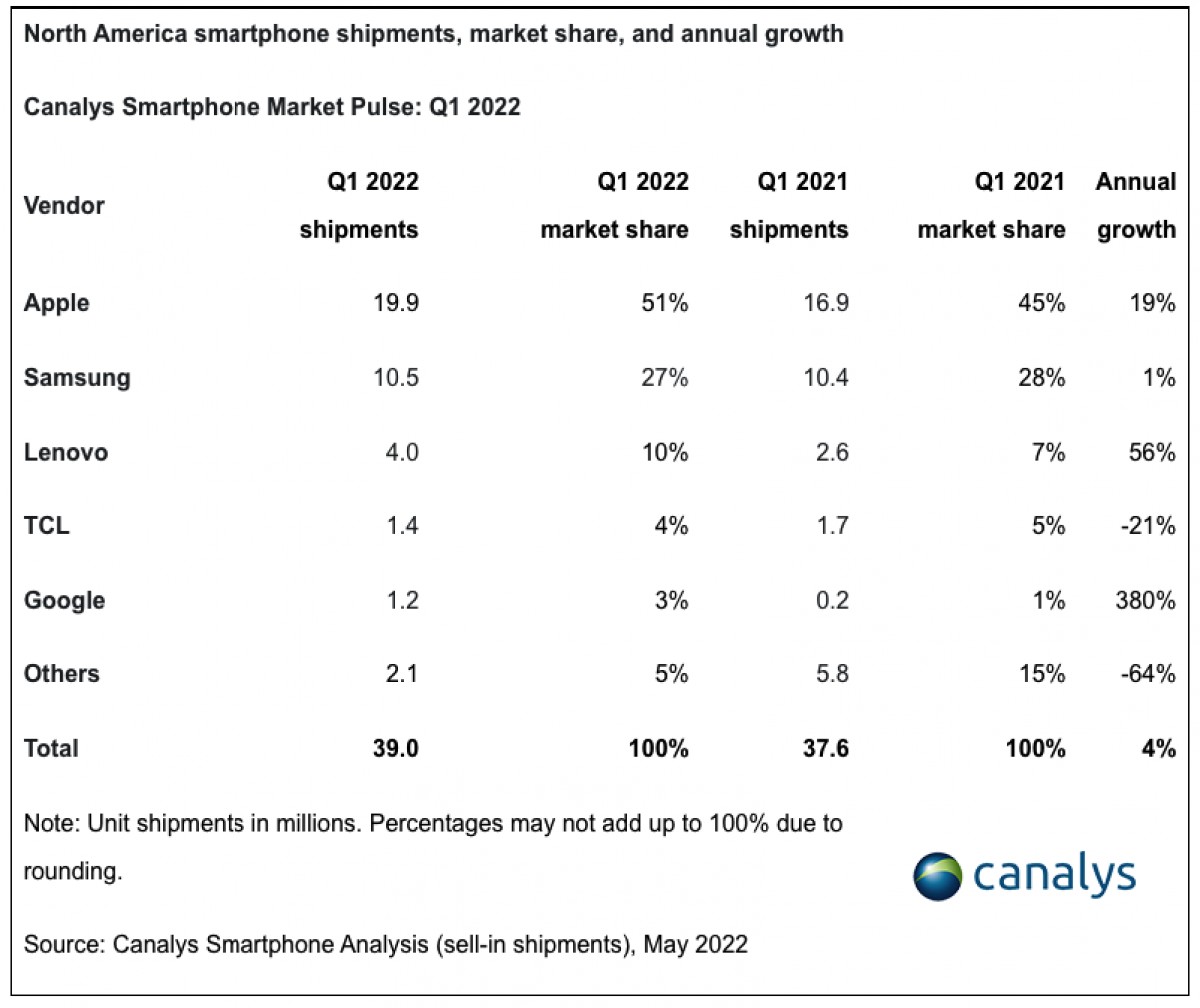 Looking forward, the report notes that inflation puts pressure on US carriers to increase rates while high-discount and high-trade-in value offers are helping to retain customers buying higher-end devices. “The North American market is well placed to avoid any significant volatility in shipments despite the uncertain outlook of its economy.”