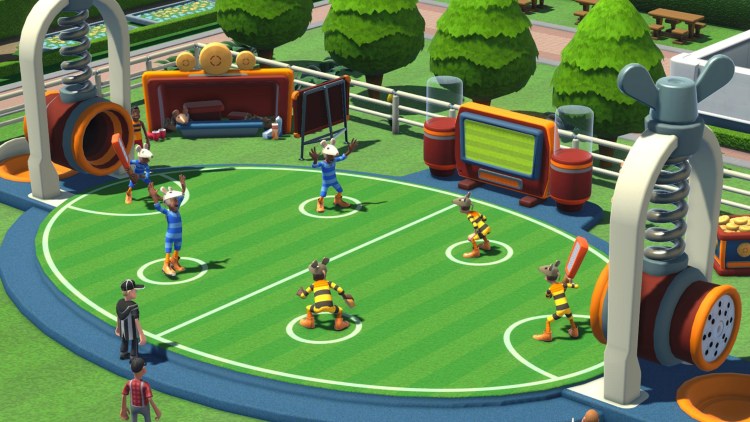 Interested in learning what’s next for the gaming industry? Join gaming executives to discuss emerging parts of the industry this October at GamesBeat Summit Next. Register today.

Most weeks, I only have one or two things about which to vomit my opinion in this column. But hell, a lot went down this week, so you’re all getting something above your quota, because it’s Friday and Mike and Dean have their backs turned.

We’ll start out with Gamescom, since that took up the bulk of the week. It’s been a rush of some interesting titles, with my favorite being the charmingly gothic Lies of P. The “biggest” announcement, arguably, is the reveal that Dead Island 2 is real and actually coming out. I’m ambivalent about this — frankly, the game was more amusing as a ghost than the real thing. But it’s also nice to definitively tick the box on such a legendary piece of vaporware. Also it isn’t Gamescom so much as Gamescom-adjacent, but I enjoyed the sneak peek at Harvestella, which might just be my new cozy game.

Meanwhile, Sony’s upping the price of the PlayStation 5 in several markets — like it wasn’t already hard enough to lay hands on them, what with all the scalpers and resellers doing the same thing. I’m of the opinion that Sony wouldn’t do this unless it was in dire straits, because the backlash just wouldn’t be worth it otherwise. I don’t approve, but I do see it as Sony flinging themselves on the upright sword, as it were. If anything, this news is making me eyeball Microsoft and Nintendo — who’ve both publicly stated they aren’t raising their console prices — and say, “. . . yet.”

And now, a short interlude…

Just to clear my conscience, I’ll tell you all that, similar to Fire Emblem Warriors, there’s another game on my review slate that I spent too long playing and forgot I had to actually sit down and review: Two-Point Campus. I promise this isn’t going to become a thing. But at this point, it makes more sense to talk about it here than to give it a full-on review — mostly because it’s hard for me to think of anything to say that doesn’t also apply to Two-Point Hospital. That’s not a diss, by the way. Were I to give the game a score, it’d be a solid 3.5 out of 5. It’s a decent sim game with a distinctive, silly style.

One solid upgrade to the sequel is the summer break. So much of Two-Point’s modus operandi is the Tetris-like room arrangements, but Campus gives users the chance to take summers, when the students clear out, to arrange matters to their heart’s content. Campus’s humor is much the same as Hospital’s — largely harmless, but with a little bite of satire behind it. Whether higher education is as worthy of derision as the for-profit healthcare industry, I leave for the individual player to decide — I don’t find it quite as entertaining, but these things are subjective. This opinion might also be colored by the fact that the little B-grade pillbugs in my school kept getting hung up on points in empty hallways because their pathing failed.

Back to your show

I was originally going to end the article with that mini-review, but after this morning, I feel the need to comment on the now-debunked story about Amazon putting in an offer for Electronic Arts. The supposed acquisition was due to be announced today, but it’s practically the weekend now and *crickets*. I’m not sure what it says about the current climate that this story sounds plausible — well, almost. I still put Embracer down as more likely than Amazon.

In personal news, I bought Saints Row and am currently playing it. I’m not sure whether or not I’ll review it, but I have to see whether or not the negative (and occasionally positive) chatter I’ve heard is justified. Also, I have too much history with the series to not play the new title. If nothing else, I’ll just rant about it here if I feel the need to vent my spleen a bit. I would also like to once again remind everyone that the Wii U and 3DS eShops will shortly cut off access to eShop cards — meaning after August 29, there’s no way to add money to your accounts. If nothing else, at least treat yourselves to Bravely Default. That was a wonderful game.

What to play this week:

GamesBeat’s creed when covering the game industry is “where passion meets business.” What does this mean? We want to tell you how the news matters to you — not just as a decision-maker at a game studio, but also as a fan of games. Whether you read our articles, listen to our podcasts, or watch our videos, GamesBeat will help you learn about the industry and enjoy engaging with it. Learn more about membership.