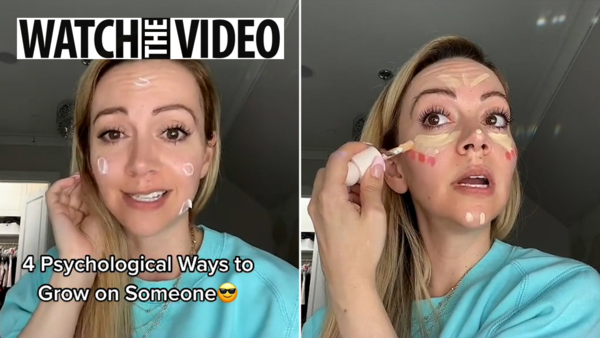 EVER wished there was something you could do to make a co-worker or mother-in-law like you more?

Well, a relationship expert has revealed the four psychological ways to grow on someone.

Taking to social media, relationship expert Kimberly Moffit, who goes by @ask_kimberly on TikTok, said: “Even if you feel like you’ve made a bad first impression or you really think this person doesn’t like you.

“I have literally seen people use these psychological strategies and win someone over – maybe you’re trying to win over your crush, a family member, or you can even try to win over your boss.

“But these things work.”

When people know someone doesn’t like them, they naturally shy away from them.

Although it is very normal, Moffit insisted that you shouldn’t do this.

“You’re going to put yourself in front of them as much as humanely possible and you’re going to have an uplifted attitude without being disgruntled,” she suggested.

Approaching people for advice can make them “warm up to you and make them think you’re smarter,” Moffit shared.

This inflates their ego and makes them side with you because “they want to root for you in just about everything, including the thing you asked for advice on.”

Per Moffit, the next thing you want to do is give the person context about your life.

Tell them everything about you to show how well-intentioned you are, whether that’s talking about your family and your friends.

This makes them like you even more in the end.

“No matter how hard it feels to win this over, you are not giving up,” she stated.

Moffit claimed that it takes eight positive encounters with someone to change their mind about you.

So, if the first few tries don’t work, keep trying – the light will be at the end of the tunnel.

We pay for your stories!

Do you have a story for The US Sun team?