Each NBA playoff team’s odds and how to bet them

The first round of the 2022 NBA Playoffs is officially in the books. There were no Game 7s and no unexpected outcomes.

Instead, every one of the higher seeds won their matchups, and an overwhelming number of injuries stole headlines — injuries that could be game-changers the rest of the way.

As we move onto the second round, a few teams are trending up, while others’ outlooks aren’t as promising as they once were. We break down why that may be the case and discuss each team’s chances of winning the 2021-22 NBA championship.

Here is what Tipico Sportsbook is saying about each of the eight remaining playoffs’ teams’ odds. 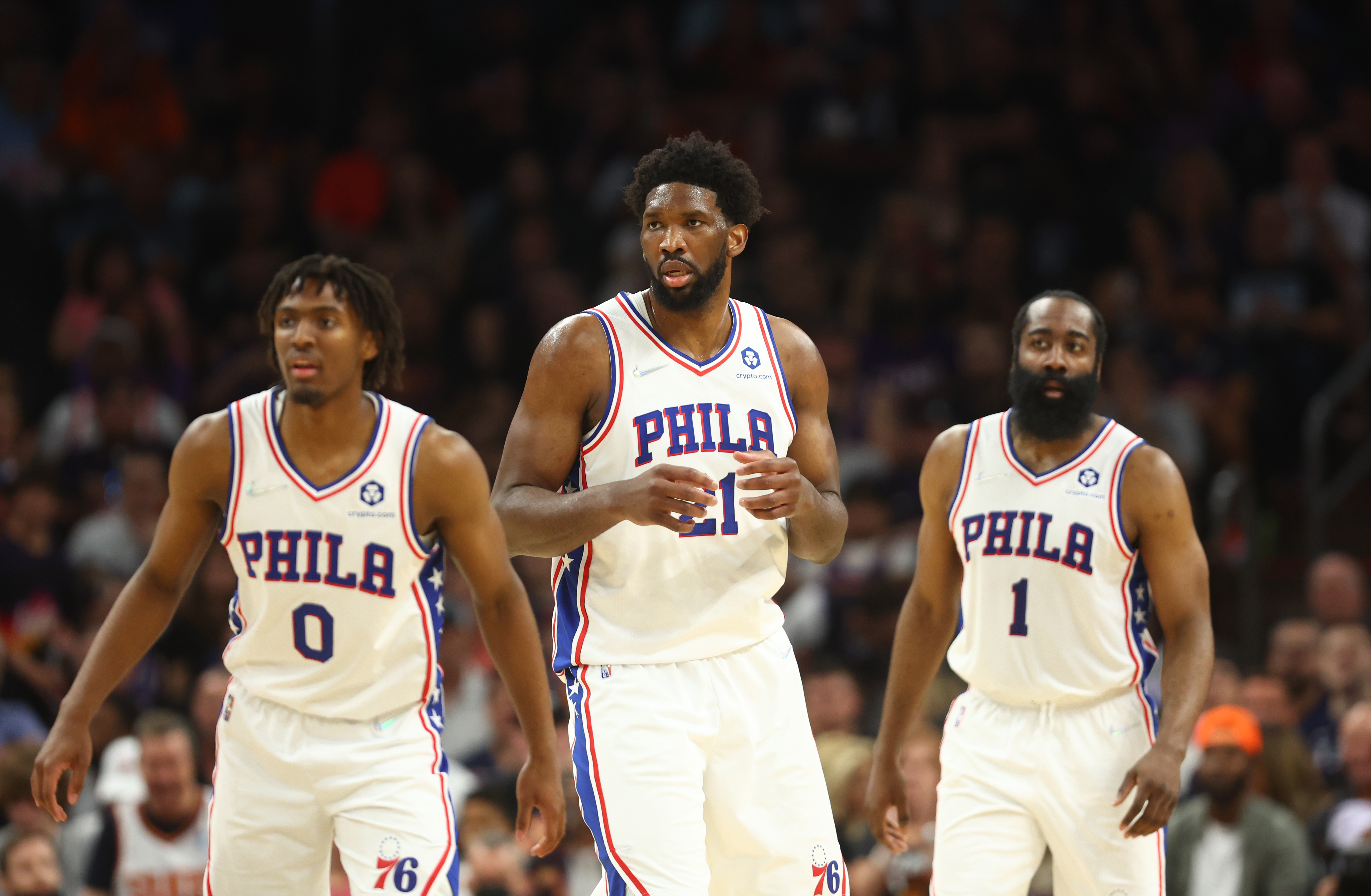 The Sixers were a popular Round 1 upset pick. Many figured that Toronto Raptors coach Nick Nurse would lead his team to victory over a 76ers squad that’s had a shaky playoff history. Many, including myself, were wrong. The Sixers looked great over their first three games and then finished the deal in Game 6.

But that Game 6 clincher wasn’t so sweet. Philly has since lost Joel Embiid who took a late-game elbow to the face from Pascal Siakam, leaving him with a mild concussion and a right orbital fracture. He’s out indefinitely.

We don’t know when or if he’ll be back, but the Sixers won’t get past this round without him.

The Dallas Mavericks are out of the first round for the first time since winning the 2010-11 NBA championship. Yes, it had been that long.

And the Mavs can let out a sigh of relief now that Luka Doncic is back on the court and seemingly healthy. Dallas is a much-improved team from a year ago — its defense is one of the best in the NBA, the Mavs have better scoring options around Luka and the team has an actual identity. All of that will be tested against the Phoenix Suns, the league’s No. 1 team during the regular season.

If the Mavericks can get by the Suns, they’ll have a legitimate shot to reach and even win the Finals. But the matchup at hand will be the most challenging of them all. These odds make sense.

Why does the West’s No. 2 team have the third-best odds in the conference to win a championship? Firstly, bettors aren’t believing in them yet. Memphis is still relatively young in playoff experience. Second, they honestly weren’t all that impressive in their 4-2 win over the seventh-seeded Minnesota Timberwolves. And finally, the Grizzlies’ odds have more to do with their upcoming opponent, a Golden State Warriors team who looked great in Round 1 and has a proven, multiple NBA championship-winning core.

But the Grizzlies have had recent success against the Warriors — eliminating them in the Play-In tournament a year ago and defeating them three out of four times this regular season. Will Memphis pull off the upset?

The defending champions have +750 odds of winning this year’s title. Those odds are longer because Khris Middleton has an MCL sprain and will not be playing in this series.

So that leaves the Bucks much thinner. Giannis Antetokounmpo, Jrue Holiday and…Bobby Portis? Grayson Allen? The scoring hole being left behind will have to be filled by a committee, which is tough to expect will be enough against this dominant Boston Celtics defense that made two of the league’s very best players look ordinary last round.

But the Bucks, even without Middleton, are certainly better equipped to defend the C’s than the Nets were. This will be an interesting series and it’s understandable why Milwaukee’s odds are where they’re at. However, if they can somehow get past Boston and get Khris back for the following round(s), Milwaukee will be back-to-back NBA champions.

If the Heat end up facing and defeating a Joel Embiid-less Philadelphia squad, they will have basically cruised through the first half of the postseason. I’m not sure if that is a good or bad thing, but it would mean fewer games and less wear-and-tear on the body, which is especially needed for guys like Jimmy Butler, PJ Tucker, and Kyle Lowry.

That could ultimately prove to be important for the championship-stretch, when (if) they make it to the conference finals and go to battle with one of Milwaukee or Boston. I like how the path is set up for this Miami team.

The Heat are being rewarded for having a great regular season and earning the East’s No. 1 seed.

Honestly, I have no idea how the Celtics aren’t championship favorites. They were arguably the best team in the NBA once the calendar turned to 2022, and they have the best defense in the league by a mile. If you didn’t believe it was real at the time, surely you do now after how Boston clamped down on the Brooklyn Nets.

They’ll have to take care of Milwaukee, first, but it’s easy to project them being the better team than every team that it might face in its route to an NBA championship. For that reason, the C’s would be my bet.

Devin Booker is back, Playoff Deandre Ayton has arrived, Mikal Bridges has reached a new level and Chris Paul is still the Point God. But for Phoneix to get back to the Finals and even win it, it’s going to need the type of production from its bench players that it got last postseason. And I truly believe that the Suns having to grind their way past the New Orleans in Round 1 was a blessing.

They won’t face another coach (Willie Green) who is as familiar with the Suns’ schemes and personnel. If they move on to face guys like Gary Payton II or Jrue Holiday, Phoenix will have had reps against the full-court press of Jose Alvarado. And the elite shot-making of Brandon Ingram and CJ McCollum will prepare Phoenix for Luka-centered offense, and potentially guys like Jayson Tatum.

But the Suns will have to hold up. They can’t afford any CP3 injuries and they’ll need Booker to round back into pre-hamstring form sooner rather than later. If they get that, a championship is in the cards. Phoenix won 64 games and dominated the regular season for a reason.

The Splash Bros are splashing, Draymond is in peak form, and now Jordan Poole has arrived.

I think that the Warriors may have looked a little bit better than what they actually are since their opponent in Round 1 had some stylistic issues that Golden State could exploit, but that’s the game. The Dubs road to another NBA championship will include facing the Grizzlies and either the Suns or Mavericks, three teams that gave them problems during the regular season.

But if anyone can get through the gauntlet, the Warriors have proven they can.

Gannett may earn revenue from Tipico for audience referrals to betting services. Tipico has no influence over nor are any such revenues in any way dependent on or linked to the newsrooms or news coverage. See Tipico.com for Terms and Conditions. 21+ only. Gambling problem? Call 1-800-GAMBLER (NJ), 1-800-522-4700 (CO).