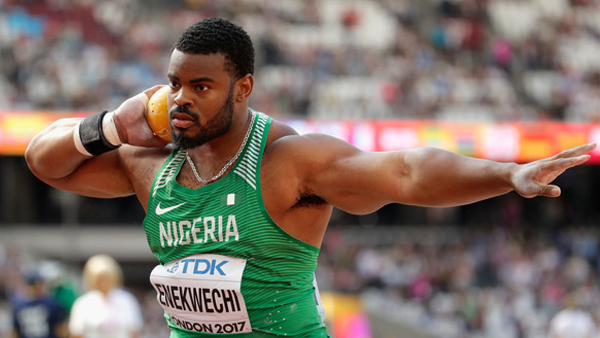 The three-day national trials for the 2022 World Championships and Commonwealth Games organized last weekend by the Athletics Federation of Nigeria (AFN) have come and gone but the performance of the athletes has given a ray of a better future  for Nigerian athletics.. OLALEKAN OKUSAN writes on the expectations and aspirations of the athletes ahead of the two forthcoming international competitions.

Despite the jam-packed athletics season across the globe, the best of Nigeria’s athletes within and outside the country converged in the ancient city of Benin, the Edo State capital for the national trials for the forthcoming World Championships and Commonwealth Games.

Records tumbled while feats were achieved by the athletes and this has given a glimpse of hope going into  the forthcoming major championships.

One of the athletes that shone like a star was Favour Ashe whose 9.99secs gave  him the country’s fastest time while Tobi Amusan also set an African record in the women’s 100m hurdles.

Ashe, however, made a passionate appeal to AFN ahead of the two major competitions.

“Nigeria should do what they need to do to be well organized in most events and most importantly, they should support athletes in terms of welfare,” the fastest Nigerian said.

From the Nigerian record-holder in the men’s Shot put, Chukwuebuka Enekwechi, who saved his best throw for last to extend his Season’s Best (SB) of 21.20m set in Mauritius to a new mark of 21.25m in Benin, the trials afforded him the opportunity to ascertain his readiness for the Commonwealth Games.

Chukwuebuka Enekwechi, a silver medalist at the 2018 Commonwealth Games cannot wait to return to where his global stardom began.

“For the sweetest medal among all the medals I had won remains the Commonwealth Games medal won in 2018,” he said.

“ It was my first major medal because I performed poorly at the 2018 World Indoors in March and five weeks later, I did my possible best to grab my first global medal. My life changed as far as track and field is concerned. So the medal is dear to my heart.”

Enekwechi admitted that he would redouble his efforts before the games in order to exceed his 2018 outing.

“I’m just going to start heavy training, and that is my plan. I’m looking to take off leading up to bigger championships, hopefully, get and increase my distance either at the Worlds or the Commonwealth Games. The first objective is to make the finals whether by automatic distance or by being on top of the competition. It will be difficult but I have seen it and I have done it before so God willing it happens again.

National high jump champion Mike Edwards whose 2.20m earned him the national title in Benin, said he was  aiming for a big jump in Birmingham.

He explained:  “I am aiming for the Commonwealth Games gold medal because I will love to be pushing towards big standards and world records when the championship is around the corner. I just need to get some rest; get back to my family, recuperate and work on the few more things and I will be good for the games.”

National record holder Chioma Onyekwere, who settled for the silver medal with a best throw of 57.33m in the discus, believes with support from AFN, athletes can peak for the World Championships and Commonwealth Games.

“Having qualified for the World Championship, our main goal is to make the final even at the Commonwealth Games. This will allow us to medal as well as have our personal best. Going for the two championships in the same season is really important to help us focus on staying true to ourselves and our techniques. You must also be calm heading into such a tournament by believing in your talent and the hard work you put into it will help you make it to the finals,” the 2019 African games champion said.

Like Onyekwere, Sade Olatoye, who won her first hammer national title in Benin after putting up a dominant show against her competitors to win with a mark of 64.06m, believes the athletes’ welfare and training must be given priority by AFN.

Olatoye who added the hammer title to her national laurels having won the shot put at the national title in Lagos last year emphasised the needed support from AFN for athletes to excel.

“The equipment we need to train are expensive and that is why we calling for more support from AFN because having the support from our federation could help us as athletes. We will be very much appreciated for the years to come and the athletes coming after us. So, the support is more than appreciated.”