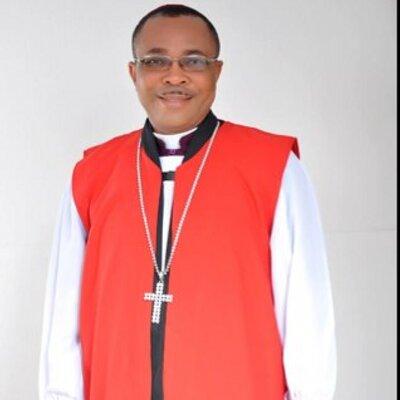 …As UCC mobilises fund for National Sanctuary in Abuja

Ahead of the 2023 general elections, the General Overseer, United Church of Christ Worldwide, His Lordship Bishop Ezenna Egbo, has warned political parties against attempts to foist presidential tickets with nominees of the same religion on the country.

He gave the warning at the launching for the acquisition of land and building of a worship centre by the UCC tagged, ‘The National Sanctuary’, at the Ecumenical Centre, Abuja, weekend.

According to Bishop Egbo, presenting a Christian/Christian or Muslim/Muslim ticket will not only be unfair, but also heat up the polity.

He said, “One last thing before we pray, Nigeria is principally made up of two great religions – Christianity and Islam. It is, however, disturbing that with the 2023 general election fast approaching, some politicians are desperately seeking to foist a Muslim/Muslim ticket in the country.

“We stand with the Pentecostal Fellowship of Nigeria, and say it will not work. We don’t want Muslim/Muslim ticket or Christian/Christian ticket. It would not be fair to have a same religion presidential ticket. We need to always balance power at the highest levels.

“As a congregation, we have no preferred political party, but we want God to give us the best as leaders of this country in 2023. So, we encourage our members to go and get their PVCs and vote the candidates of their choice.”

Earlier, the Presiding Bishop of The Redeemed Evangelical Mission, Dr Mike Okonkwo, in his sermon, said that people who do not give a part of their income for the propagation of the gospel of Christ were under a financial curse.

The 77-year-old clergy also noted that many financial problems men face could be traced to their lack of generosity.

Represented by PFN’s Deputy National President, Archbishop John Praise Daniel, said: “When you give, you are blessed. When you don’t give, the reverse is the case. Giving is important. The scriptures say that as long s the earth remains, sowing and reaping shall not cease.”

Okonkwo explained that the reason God prospers people was because He has prepared projects they would execute on His behalf.

“God never blesses you for your benefit alone. Anytime God blesses you, he wants you to advance his kingdom.

“So, we live by giving. God gave his only begotten son and got many sons back to glory. If you give your seed, you have it multiplied back to you,” he said.